Vowels and Consonants in English 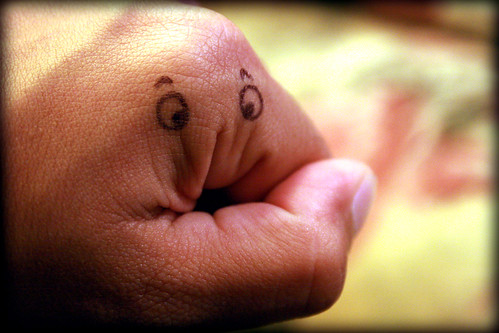 Vowels and Consonants are the sounds which go to make up the English language.

For example, take the word too. It begins with the /t/ sound and if you make this sound, you’ll feel that your tongue touches the roof of your mouth and blocks the passage of air. When you take down your tongue, the sound is produced.

Following this comes the vowel sound of /u:/ and if you produce this sound you will be able to feel that air flows directly through your mouth without being closed off at any point.

There are roughly 12 vowel sounds and 24 consonant sounds in English. They are made quite simply by changing the shape of the mouth. This can mean closing the lips, moving the tongue higher or lower, fully closing the mouth or letting a little air come through the mouth.

Take, for example, the difference between the minimal pair, FAR and BAR. If you say these two words you’ll realize that the in the first the lips are almost closed with some air escaping, but in the second the lips are fully closed until they are suddenly released and the air comes out. Other than that, there’s little difference in the sound production of these two words.

For a full table of English vowel and consonant sounds, see the IPA chart here.

Vowels & Consonants in the Alphabet

One final point. In English we use the words vowel and consonant to refer not only to the sound we make but also the letters of the English alphabet‏‎ which roughly correspond to those sound. The alphabet has 26 letters and of these there are 5 vowels, A E I O U, with the rest being consonants.