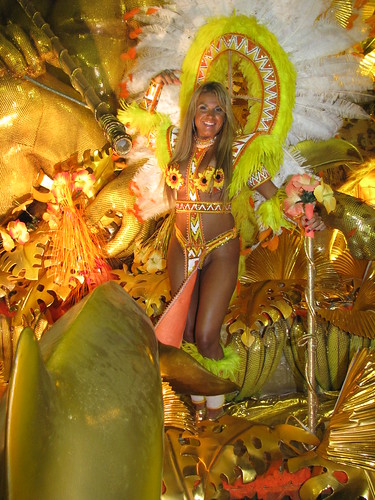 The market for English teachers is growing in Brazil. In 2012 the British Council‏‎ began a major initiative to offer free materials and lessons to students wanting to take the IELTS‏‎ test. Undoubtedly they hope to raise enough awareness for the test to make money out of it in Brazil in the future. In the meantime English teachers are needed.

Brazil is currently the 4th largest English‏ language‎ market in the world, worth 2 billion pounds per year. Demand for English speakers in the tourism and hospitality sectors is expected to rise as the country prepares to host the Olympics in 2016 and already English language programs are being set up to cater for the expected influx of foreign visitors in 2016.

Having said this, less than 3% of the 200 million population of Brazil is reckoned to be fluent in English.

Perhaps the best way to secure a teaching position in Brazil is to get hold of schools in the area where you want to go and contact them directly.

Ads for TEFL‏‎ jobs on the net are few and far between and searching the net for employment opportunities in Brazil will not take you far. Alternatively you can take the plunge, enter the country on a visitor’s visa, and walk in on schools on spec. SKILL, Yázigi, and Fisk are among the biggest national chains in Brazil but be aware that their work ethic and management style can vary greatly.

English schools dot the country, so you are spoilt for choice. Unlike in other countries where big cities equal plenty of job opportunities, the smaller the town in Brazil the more likely you are to find employment. Small towns don’t attract as many foreigners as cities like São Paulo, Rio de Janiero, Salvador & Brasilia do, so you will face far less competition there. Of course, teaching in rural areas means that your salary will probably be lower than those offered to teachers working in the states of Paraná, Santa Catarina, or Rio Grande do Sul, for example, which are generally considered the most advanced Southern regions. However smaller towns mean lower cost of living, less crime, more personal interaction!

The average English teacher in Brazil works between 15 to 25 hours a week. Your employer may well provide you with additional in-house training and in some cases accommodation (though of course you should check this out beforehand). The average monthly salary is around [currconvert base_curr=”USD” base_amount=”800″] to [currconvert base_curr=”USD” base_amount=”1500″] per month. This is enough to live on but not really enough to save. Of course the cost of living is much cheaper here compared, say, to North America.

Expect to be paid on the black but don’t worry about being exploited; most language school owners view their English teachers – particularly if they are English native speakers – as valuable assets that will attract students, and they try to look after them!

Although you can increase your income with private lessons (which pay a lot more) most school owners discourage this to keep their teachers exclusive.

To work in Brazil the usual qualifications are a degree and a TEFL Certificate. American speakers are often preferred and experience will help a lot in securing a job.

It is often reported that getting a working visa in Brazil is extremely difficult, unless you are extremely well qualified and have already got a firm job offer from a reputable language school. Given these difficulties, most teachers work illegally on a tourist visa which are usually obtained in Chile, Peru‏‎, and Ecuador‏‎. On the other hand it is difficult to impossible to obtain a tourist visa for Brazil from Venezuela, Bolivia, Argentina‏‎, and Uruguay.