Simon Says‏‎ in the TEFL Classroom 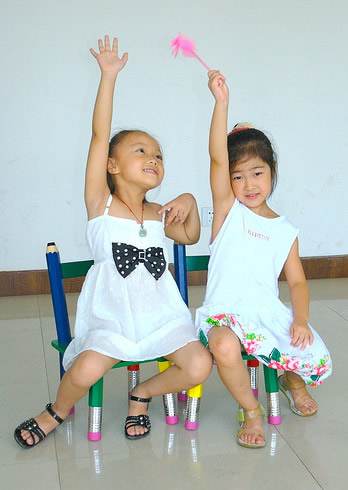 Simon Says is a very simple, very effective activity you can use in your TEFL class. It often works best with younger learners and has been adapted from the traditional English game.

The game is simple. You, as teacher, give commands to your class using “Simon says” to introduce the commands. You say and the students follow:

But the catch is this: if you give a command WITHOUT preceding it with “Simon says” and a student follows that command then they lose:

The game is based on the idea of Total Physical Response‏‎ (or TPR) Your students are not just listening to English and memorizing the words blandly, they are totally involved in assimilating the language through movement and response.

The upshot of this is that your students will learn these words and phrases very effectively and very well. They are not in the classroom learning English, they are in the classroom playing a game and the hidden (to them) side-effect of this game is that they will learn English.

The game is often best played with youngsters who are less inhibited than teenagers or adults and who will happily jump up, turn around and clap their hands on cue.

It’s also useful to play this at the very beginning of the class to get a bit of energy out of the students and get them in the mood for the lesson.

When you first play the game start simply with one or two commands but as the class becomes familiar with the game then you can extend the range of the commands and make them more complex and involved:

Of course, this can be developed even further bringing imagination and enthusiasm into the room:

Some teachers keep a list of commands which they add to gradually as the term progresses. Commands can be tied in with the regular lessons so that vocabulary‏‎ learned one week can be used in the following lesson in context. Of course you can also group the commands into semantic fields and introduce new vocabulary when you do so.