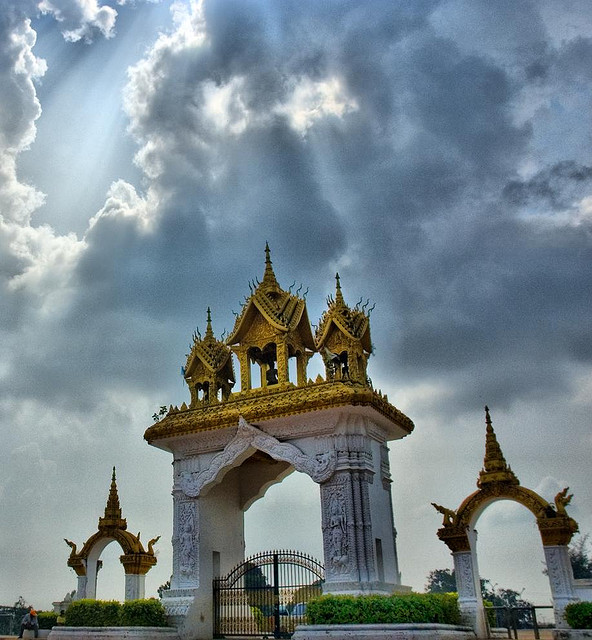 Laos (capital Vientiane) is the poorest and least developed country in South East Asia so it definitely is not a place for teachers who wish to earn well and put money aside.

However, if what appeals to you is Laos’ culture with its Buddhist thinking, attitudes and behavior, or Laos itself, a landlocked, mountainous country, widely covered by largely unspoilt tropical forest, then getting a job as a teacher is a good way to help you support yourself whilst exploring the country.

In the capital there are about 40 schools but there are only a handful which have been open and run for more than a couple of years. There is a very high turnover in this regard of both teachers and schools and they have the reputation of being poorly run.

You may be lucky to find work with an international school, but jobs there are less easy to come by and you will need higher qualifications for many of the jobs.

Remember to bear in mind also that the cost of living is low and [currconvert base_curr=”USD” base_amount=”300″] per month is enough to live on reasonably well including accommodation.

Colleges and vocational schools usually pay by the number of teaching hours worked. The average hourly rate is around [currconvert base_curr=”USD” base_amount=”10″]. Schools owned by Laotians are those that pay the least and there are often no perks such as health cover, travel expenses etc. to be had.

Getting a pay rise or negotiating a bonus can be difficult. You may get it but with great reluctance from the director due to a perception, common amongst school directors in Laos, that foreign teachers are too highly paid.

Despite the low pay they offer, schools will expect you to put in time and effort. This situation causes a high teachers turnover which is facilitated by the lack of worthy contracts. Teachers can get fired at any time and they can equally walk out of their job without notice. To ensure the school you are considering working for is reliable, once you are in the country, drop in on the school director beforehand and try to get as much feedback as you can from other teachers working there.

The school year runs from mid-August to mid-June.