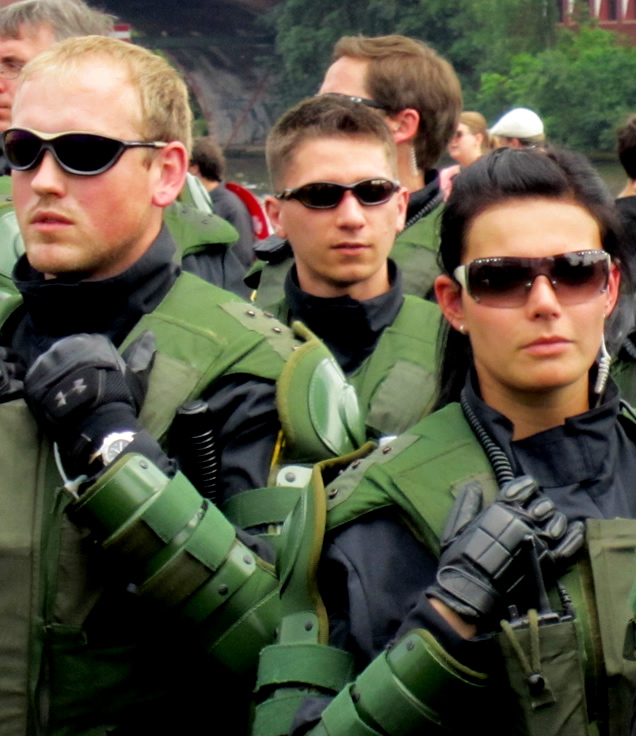 Life would sound a bit repetitive without pronouns:

Brian got up. Brian washed Brian. Later Brian went out. Brian got in Brian’s car and drove off.

Change a person’s name into a personal pronoun and it all gets a little easier on the ear:

Brian got up. He washed himself. Later he went out. He got in his car and drove off.

Maryam got up. She washed herself. Later she went out. She got in her car and drove off.

However, trouble arises when we don’t know whether the person we’re talking about it male or female or if we wanted to talk about people in general…

In the olden days if we wanted to talk about people in general we used a masculine pronoun to refer to anyone. For example, a book describing different jobs may include an example such as:

A trainee doctor will often work up to fourteen or fifteen hours per day. He is likely to experience tiredness and irritability which can lead to him making mistakes.

The example uses he when referring to all trainee doctors even though many will no doubt be female (unless it’s a hospital in some repressive regime).

To get around this gender bias, writers would often use both pronouns, e.g.:

A police officer is expected to act in a calm and dignified manner at all times. His or her first job at the scene of an incident is to ensure that the public are safe; he or she must assess the situation and, if necessary, call for backup.

This is, at best, clumsy and inelegant.

Some writers now try to combat it by using the female personal pronoun to mean all:

An airline pilot does much more than just fly. She starts the day by checking the weather. Then she will go through safety drills with her crew…

But this is as gender specific as using a male pronoun.

To get around this more commonly these days we use they, them, their and so on as gender neutral pronouns:

A modern Police Officer is expected to use their weapon only as a last resort.

All doctors are expected to clean themselves thoroughly between examinations.

So if we didn’t know the gender of the person we were talking about or didn’t want to specify, we might say:

The owner got up. They washed themself. Later they went out. They got in their car and drove off.

In the last example above we used themself. A number of people don’t like this pronoun and say it doesn’t exist. Gender biased spell checkers often underline it as wrong and try to correct it to themselves.

But it does exist and although people claim themself is a modern introduction to avoid using himself or herself, it was actually first used in the 14th century.

He washed himself in the river.

She washed herself in the river.

The child washed themself in the river.

Gender‏‎ in English Grammar – a general look at gender in grammar

Pronouns‏‎ in English Grammar – a look at pronouns in general

Personal Pronouns‏‎ in English Grammar – a look at personal pronouns