Foreign Languages vs English, Linguistics, Teaching Around The World 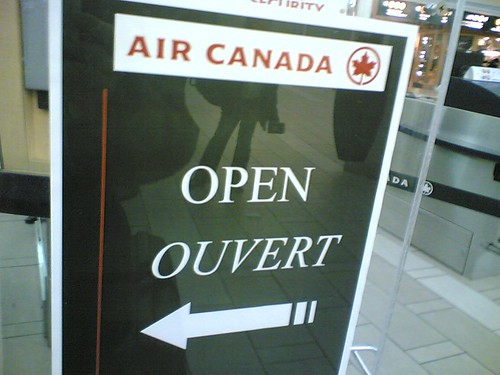 The English‏‎ language was heavily influenced by French in the past and there is a great deal of overlap between the two languages, both in terms of vocabulary and grammar.

However there are a number of major issues that French native speakers have when they learn English and this article is all about the common problems you’ll have when teaching English to French speakers and how to overcome them.

But before beginning, remember that not all speakers of French are the same and they’re not all in France. There are different flavors of French: Belgian, French, Canadian and Swiss to name but four. They all have issues speaking English, but not necessarily the same ones!

Before getting onto specific issues, a quick word on English teaching methodology.

French schools put a lot of emphasis on teaching grammar when it comes to languages. This means that when French students learn English they will often expect plenty of grammar rules and explanations and sometimes it’s difficult for them to work in a communicative classroom,

This means that you need to get them used to using the language as soon as possible and as much as possible.

Likewise, they are often not used to working in small groups; many French schools tend to use a traditional approach of lecturer and silent students following along.

So in the first lessons organize short, simple, activities where your students need to work together. And make sure that every student has plenty of practice using English in a practical way, even if it’s just a simple greeting and introducing themself.

Later, of course, you can extend this but you will need to get them used to group work and using the language.

Finally, be ready for when a student asks you for grammatical explanations and rules. In other words, you will need to prepare your lessons well and know the grammar of the language you’re teaching!

French speakers are known for their pronunciation of English. There are several common pronunciation issues you’ll find when teaching them.

This sound doesn’t exist in many varieties of French and speakers will often miss it out altogether when they speak.

Firstly you need to explicitly explain how the /h/ sound is made. It is fairly easy to make and you can demonstrate it easily by holding a light strip of paper in front of your mouth and simply breathing saying the word, hi. Once you have the whole class doing this (which can be quite a laugh) you can take them on to longer sentences like the one above.

French doesn’t tend to use the tip of the tongue in speaking so /θ/ and /ð/ are often pronounced as /s/ and /z/.

Again, you have to explain the mechanics of creating this sound and then give plenty of practice.

For many French speakers these words sound the same:

There’s a lot of overlap in grammar. However, French uses the verb tenses‏‎ & forms slightly differently so stress not only how to form verbs but also when we use them.

This will mean giving explicit rules about when we use certain tenses.

The French alphabet is the same as the English alphabet‏‎ with a few extra letters with diacritics (accents, etc).

Usually French speakers don’t have problems with the alphabet however when you’re spelling out words they may get confused as French pronunciation of certain letters is different to English:

Make sure to explain these differences.

English was heavily influenced by French in the past so there are many words which are the same or similar in the two languages.

But of course there are a number of false friends‏‎ or faux amis. Here are just a few common ones: