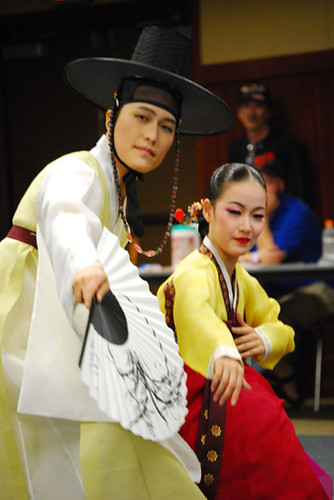 There is a high demand for English teachers in South Korea and it is a popular destination for teachers from right around the world.

According to figures from 2011, almost 15,500 foreign English teachers were working in South Korea with about 10% of these being of Korean decent (mostly Korean-Americans).

Qualified English native speakers are required not only for EFL‏‎ classes but also to teach subjects like Maths, Science, English Literature, and so on but taught in English‏‎. Work can be found in both private and public schools, from kindergarten to university level.

To teach English in South Korea most teachers will require an E-2 teacher’s visa which is renewed yearly. The usual requirements for this are:

Many teachers will obtain their visa outside the country and then come to Korea. However, a significant number will come to Korea on a tourist visa, find work and then organize with the school to get the correct visa.

Foreign teachers are required to have regular health checks which is a fairly standard test looking at chest/lungs, ECG, heart, weight, eyes, blood, etc. The test also includes a drug test which does not include hair testing but does include a urine test which checks for THC, cocaine, heroin and amphetamines. in 2008 the Ministry of Justice decided to leave out the cannabis check.

Note, if you are of Korean decent but not a Korean citizen you can go for an F-4 visa; this allows you to stay in the country for 2 years. Additionally, you don’t need a sponsor or a working visa and you may teach private English lessons.

Typically, English language schools offer one year contract‏‎. Occasionally there are 6 month contracts but these are becoming increasingly hard to find. During the summer months – when not taking regulated holiday leave – as part of their contract teachers may well work in summer schools or camps.

The average work load is between 25 and 30 hours per week, often with the option to each extra hours if you wish to increase your salary.

The average salary is around 2,200,000 KRW which is roughly equivalent to [currconvert base_curr=”USD” base_amount=”2000″] per month. A teacher can typically save about half this amount.

A number of schools in Korea will reimburse your air ticket. Some will do it one way only, others the full round trip. Some will pay a set amount and others will pay it all. Sometimes this reimbursement comes at the end of a set period (e.g. after you’ve been working at the school for two or three months) whilst other schools will only pay at the end of the contract.

It is not possible to find a school which will pay your airfare up front and note also that some schools do not reimburse the airfare at all.

With regard to accommodation, many schools will provide this although it is often shared. Most schools prefer you to stay in their accommodation although some will offer you a stipend when you can find your own. Finding your own accommodation, however, can prove problematic with contracts typically asking for a massive deposit (up to 30% of a year’s rent).

There are several types of positions where English teaching is carried out.

The most popular are the private language institutes or Hagwons. Some are chains and well known, others are small, one-person concerns. They often employ native English speakers for conversation classes and occasionally writing classes in the morning and evening for perhaps about 20 hours per week. Generally classes are quite large – 15 to 25 students – and may be either teenagers, college-age or businessmen.

There are over 16,000 of these schools in South Korea, mainly because Koreans do not trust the state system to teach English properly and education is seen as a way of advancing socially and economically. The schools are open every day when lessons start after compulsory school hours and last till late in the evening.

On the other side are public schools. These jobs tend to be harder to find and usually only if you go through a program like EPIK or are already in the country. Teaching at a hagwon is regarded as more stressful but much freer than in a public school where you will often be required to act as an assistant to a Korean teacher which can often be slightly restrictive and/or boring.

Many large businesses offer their employees in-house English training. These generally pay more than the hagwons although instruction is more intensive with 30 hours per week teaching from morning to late night. Some will provide housing and good benefits. Salaries here can range between [currconvert base_curr=”USD” base_amount=”2000″] to [currconvert base_curr=”USD” base_amount=”2500″] per month.

Many universities offer English courses; these are not only for university students but also local business people. Classes here tend to be large and more formal “lecture” type instruction. Generally you will require a masters degree and experience to teach here. Pay is good but jobs are harder to come by.

Alternatively there are sometimes more conversational classes offered by University departments. Here the teaching is conversation only and between 10 – 15 hours per week with low pay and poor benefits (often not in compliance with the law) and often uninterested or politicized students. Pay here is about [currconvert base_curr=”USD” base_amount=”1300″] per month but this includes 3 months paid holiday per year. Provincial universities offer slightly better conditions in general including accommodation.

The EPIK program puts native English speakers in schools throughout the country, often in more remote places. It is a good way to get away from the usual cities and tourist areas. Experiences here vary wildly and for the slightly more adventurous can be a marvelous way to see the country.

The TALK program is similar but aimed at undergraduates.

There is also work available with private lessons, proof reading and so on. These jobs are usually found in-country and by word of mouth.

The cost of living is low. This means that you can actually save some money on your pay. Traveling around the country is also inexpensive and many teachers hit the road at weekends to venture out to less known areas.

The country is very advanced technologically (perhaps the most advanced in the world) and has a very high standard of living. Internet connectivity in Korea is fast and good; perhaps the best in the world. It is relatively easy to get an internet connection in Korea; it takes a few weeks and you will need an Alien Registration Card (which you can get a couple of weeks after arriving in Korea).

As a teacher be prepared to be treated with anything between curiosity to indifference. If you become good friends with a Korean then this will turn into friendship, but since most Koreans have had little if any contact with foreigners then you will subjected to basic stereotypes. Mixed with this is the fact that generally speaking teachers are treated with respect. However, you need to keep this respect deserved and behave accordingly.

Racism is a problem and black or Asian teachers will find it harder (although by no means impossible) to find work.

If you are female then you’re likely to experience what in the West would be called mild sexual harassment. A single woman traveling alone in the country is considered fair game for chatting up and of slightly questionable morals.

Korea is a conservative country and can be quite homophobic. It is probably best not to mention to your school that you are gay as it may well lead to you being dismissed either by the school owner or irate parents. There are 2 major gay hangouts in Seoul, Jong-ro and Itaewon; the former is Korean through and through whilst the latter is more cosmopolitan and English can be heard. They are mainly for men; lesbian teachers will find it much harder to meet other women.

Korea, People, Racism. – the downside to teaching in Korea if you are not white

English Teaching in Korea – not as straightforward as you may think! – an interesting blog entry on what it’s really like to teach in Korea!

Teaching English in North Korea – for the brave!