The Department of State warns U.S. citizens against all travel to Libya and recommends that U.S. citizens currently in Libya depart immediately.

The British Foreign and Commonwealth Office advise against all travel to Libya due to the ongoing fighting, threat of terrorist attacks and kidnap against foreigners from ISIL-affiliated extremists, and deteriorating security situation throughout the country. British nationals in Libya are strongly urged to leave immediately by commercial means. The British Embassy in Tripoli has temporarily closed, and is unable to provide consular assistance. There is a high threat from terrorism. There have been a number of attacks and threats against westerners, western interests and symbolic targets throughout Libya. ISIL-affiliated groups have stated an intention to target foreigners. There is clear evidence that groups within Libya have both the intent and capability to carry out kidnappings and are specifically targeting foreign nationals. 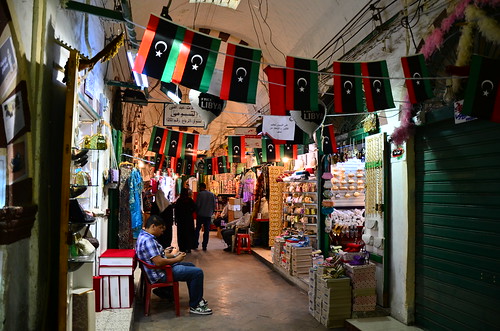 Libya – after years of isolation – recently overthrew dictator Gaddafi and opened the doors to English teaching and teachers.

From 1986 – 2006 Gaddafi sidelined the teaching of English‏‎ and it was even suspended for a short period, however, since his overthrow the country is beginning to open up and the demand for English is increasing.

At the moment there is little structure to the system, but vocational and Business English‏‎ are in high demand with the country trying to attract foreign investment. There is also demand for a more general English as the people seek to end years of isolation and English is the obvious language to help do this.

Libyans in general tend to be good students and are polite and enthusiastic about learning.

Many jobs require a degree and a TEFL Certificate and a knowledge of Arabic‏‎ is sometimes requested.

Some of the higher level jobs require higher qualifications, however these will often pay in foreign currency with additional benefits such as flights, accommodation and suchlike.

As can be imagined, the system is very traditional and grammar translation‏‎is the order of the day. Pay tends to be reasonable – a typical job might pay [currconvert base_curr=”USD” base_amount=”1400″] a month – but saving is relatively easy as the cost of living is very low.

Alcohol is not allowed. Woman may also find a certain degree of sexual harassment on the streets and some expats have found this leads to a somewhat secluded life (the public spaces “belong” to the men), especially as it is known to be a somewhat conservative country.

Security is still a concern as exemplified by the 2012 killing of the American ambassador in Tripoli. In addition, in 2013 an American teacher was shot in Benghazi and in early 2014 two teachers (a British man and a New Zealand woman) were killed in Sabratha.