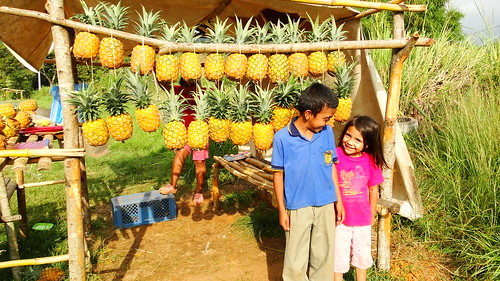 You can find near-perfect weather, lush produce and tasty food, an easy-going lifestyle and sociable people if you’re working as an English teacher in Colombia.

But what about the crime rate, violence and drug problem? It’s probably just not what you think it is and that’s why there are so many foreign English teachers living and working in this amazing country.

Your Safety in Colombia

One common misconception you might have about Colombia is one of safety since the international news only ever seems to mention the country in relation to drugs and crime.

But if you keep your eyes open and don’t get in with the wrong crowd, living and working in Colombia is as normal as it can be and most people don’t come up against any kinds of problems. Big cities are reasonably well policed and usually safe.

Basically, safety is no more of a concern than it would be in any large North American city.

And those conflicts you hear about on the news? Most of them occur in the countryside. This can sometimes make inter-city travel risky so always check with your embassy before embarking on a journey through the country. Most illicit drug production is for export, so, except for occasional inter-gang wars in the coca-growing areas, there’s very little everyday impact.

In the capital Bogota and the other main cities, Cali and Medellin, businesses play a big role in the ELT‏‎ market with their demand for in-company ESL‏‎ teachers, particular if you are an American English‏‎ speaker. This is a reflection of the strong commercial links between South and North America. So much so that it’s not uncommon to find the following listed amongst the basic requirements for an ESL position: “A clear voice with a neutral North American accent”.

The whole South American continent is culturally and economically oriented towards the US but Colombia is perhaps one of the more strongly oriented South American countries resulting in an extensive network of Colombian-American Cultural Centers, some of which also offer English like the Centro Cultural Colombo with its institutes in Bogota, Cali and Medellin.

Requirements vary according to where you want to teach. For most teaching positions you need to be a native English speaker and have a university degree and a TEFL Certificate. If you have some experience that’s a definite plus although many schools do employ first-time teachers.

You can find work at bilingual colleges, language institutes, and universities. To find these jobs you can arrive and start picking up private students; you can go with a small school (and just look for a job when you are in Colombia); or you can go with a large school (and often get a job before arriving in the Country).

Normally you need a visa to work in Colombia and although jobs can be found without, it is risky and can have consequences.

If the hustle and bustle of a big city is not for you, don’t despair! Teaching positions can also be found in smaller towns around the country, provided you are prepared to accept a low wage. In Colombia your compensation would usually equate to three times the minimum wage or double what a local teacher is paid. However you might be able to get your airfare paid for in the contract along with accommodation.

The academic year in Colombia begins in February or early March and lasts until December. The best time for you to look for work is a few weeks before the end of the summer holidays. However, many institutes run 8- to 12-week courses year round and will hire a native speaker whatever the time of year.

Since getting a work visa is usually a long and expensive process many teachers work on tourist visas. These must be kept up-to-date by applying for an extension from the Immigration Department or by crossing into and back from a neighboring country.